Where most budgeting software shines is categorizing expenses. For years, my wife and I sat down looked at all the money we spent and were perplexed, confused and even a little ashamed. That killed the budget right there. If you are demoralized at the get go, nothing will change.

We wrote down your top ten list of things that must be paid. For us, it looked like this:


We need a house and food, we to go to work, and insurance, lights, heat, gasoline, and water make those cars and homes function. Those are the musts.

In the next category, we listed the things that we Should do.
We racked up a lot of debt on credit cards and there are certain medical needs in our household. College placed my wife and I in wonderful jobs, so loans are important too.

Now, you may question this whole category because medical spending can keep you alive and not repaying debts can be disastrous. Both are true, but if you skimped on these items, next Tuesday won't be the end of the world. Granted, it could feel like it but it really wouldn't be.

Looking at these numbers is depressing. It is a lot of money. We fired up our budgeting software and sucked in all of our income from our bank's handy export tool. This was happier... for a moment.
The hobbies and gifts were shocking. We found that cash gifts tended to be fairly routine and my hobbies occasionally generate funds. These two items were a couple thousand dollars. I knew this, but my wife didn't. For many years, I have earned a couple of 1099 forms and I am particularly careful to note these on the taxes as I don't want a hobby to turn into a nightmare.

My wife questioned exactly how we could burn through all of our income, plus "found money" and have nothing left. I could sort of see the answer but couldn't explain it.

That is where the last category comes into play. I printed all of the purchases that did not fit into the above schema. In looking at it, we noticed A) it was more than the first two categories combined and B) we had no idea what most of it was. The killers were Kmart, Target and Wal-Mart. Think about it. Pull out a random charge at a department store, wait six months and try to name what you bought. You can't.

This is what gave us a goal. We subtracted Musts and Shoulds from our income. We looked positively peachy. We budgeted $30 for each of us for discretionary spending: coffee, lipgloss, whatever. We decided that would not be tracked aside from the $30 we set aside.

We then plowed through the massive lists of transactions and found all of the expenses that the store name described the nature of the purchase. Haircuts, body products, shoes, etc. We were overspending a bit, but not that much. It was everything that we could not identify that was killing us.

If it had a purpose, we kept it on a list of Wants. We made an agreement to do all of these expenditures on a single weekend, together. We budgeted $500 a month for five people. We are just coming out of Christmas, this number should be good until January or February. It will need to be adjusted up, because you can't really buy an outfit, shoes and a haircut for less than $100 per person. But on average, it might be good.

Everything that was left, is going into savings. It doesn't matter if it is $1717.00 or $17.17. The point is to pay all of the bills and still grow our savings. We used a spreadsheet instead of software, we can share it online.

My wife is slightly bemused that she is REQUIRED to spend money on certain things which are a direct benefit to her, such as hair care and clothes. She is also mystified that some expenses are not being tracked from her $30 dollar allowance. With savings, we will be able to spend more quality time together. All of these are of great importance to us. Someday, we will have the funds for a vacation and this year, Christmas won't hurt as much.

The killers of budgets and plans is not realizing that somethings are more important than others, but often seemingly trivia things can really hurt. Budgeting a dollar for a pack of gum is better than being a dollar short on your car payment. If you plan, you can get ahead, even if it takes a long time.

In the next few days, I will address what to do when things go very wrong or very right.
Posted by Phil Viverito at 6:38 PM No comments:

Update: Leo has been found!
FOUND 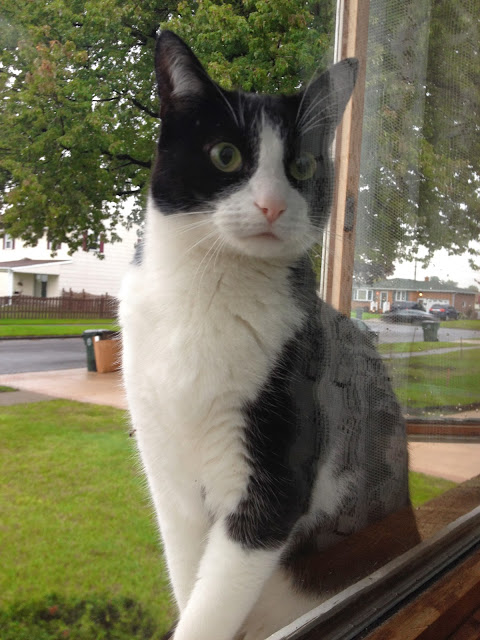 
If seen or found, please call 651-9487 or email Phil.Viverito@gmail.com. Share this poster with a friend via code:

Or download this PDF file.
Posted by Phil Viverito at 12:57 PM No comments:

Nothing is ever perfect, until it is.

Within the first 24 hours of dating my wife, I did something unusual that has been a part of our lives ever since: I read a book to my wife. It was a passage from The Prophet by Kahlil Gibran. It doesn’t matter what page or passage, it was the one I meant, and it wasn’t a thing I intended to do. Nothing is so perfect, but it left a mark on us that still exists today.
Fast forward many years. My wife brought three wonderful children into this world and I made damn sure that I read to them as I did her. Reading is incredibly powerful. It requires no money, no power, no station or status but it can enrich a mind in ways that exceed all of those things.
I read to my kids and I still read to them even though they can do it for themselves. I read to my wife and I read for myself.
And sometimes, a tiny bit of magic can come from such a simply pleasure.
My daughter was born with a hemangioma. It was a strange, tumor-like structure on the bridge of her nose, about the size of a golf ball. Most of the time, they are very benign. Most often, hemangiomas do not require any treatment at all.
However my daughter, Cat’s hemangioma was different. Located on the bridge of her nose, there was the danger that it could affect the development of her eyes. Cruelly, this would not be direct damage to her eyes but a subtle impingement on her visual perception. Her brain would learn that something prevented sight in that space between her eyes and compensate by ignoring input from that area. If it wasn’t removed fast, she could have a large blind spot that her brain learned not to see. If that happened, there was a chance her sight would be destroyed.
(All that and it was unsightly. Having a child with a tumor on the face has the side effect of pulling every a-hole out of the woodwork to point, stare and lecture.)
As I mentioned before, hemangioma are structures that typically require no treatment. It turned out that our insurance didn’t want to treat it at all. My wife fought an epic campaign to make them understand why it was so critical to have this one, special case treated. She found the best doctor. She worked with him to get the best treatment while battling the insurance company into submission. Our daughter had the best care, from the best people at every step of the way. No BS. My wife, Jennifer really did it all.
At the time, I was doing the best I could to provide. I would work like a dog, come home and did the things that needed to be done. I did my part, the best I could. My place was to support. And I made damn sure that if the kids wanted a bedtime story, they would get it no matter how tired or frustrated I was.
I read The Hobbit in a sing-song voice. I read Watership Down because of the bunnies on the cover. I read The Last Unicorn over and over again as it was my wife’s favorite. Stupid, nerdy stories that were age inappropriate; but they put my family in magical, far-away places.
At the end of the day, Cat’s hemangioma was excised but she was not left unmarked by it. On the bridge of her nose was a scar. And it was more than a red splotch. To this day, she calls her scar “her marker”.
A couple of months after the her treatment, I found Catherine playing with two neighborhood girls. There seemed to be a small row happening on our front lawn. The girls were dressed as princesses, complete with copious amounts of make-up. It was comical, except my daughter standing between the other girls armed with a red permanent marker. The other girls looked very concerned. 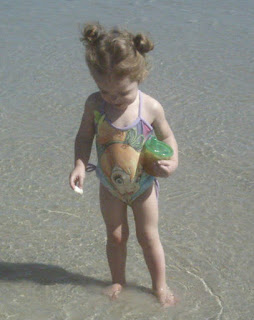 “What are you doing,” I asked.
“Playing Princesses…. Unicorn Princesses,” Cat answered.
“Unicorn Princesses?”
“Yes, we all need markers”
“For what?”
“To be Unicorns.”
I took the marker away and Cat blew her stack. It was obviously nap time, but I had this niggling feeling that this was somehow my fault.
After a nap, I asked her what a “Unicorn Princess” was. Surprisingly, shockingly she explained that Unicorn Princesses were princesses that had a red marker on their foreheads where their horn used to be. If the other girls wanted to be Unicorn Princesses, they needed the same marker she had. Otherwise, they would simply be plain-old princesses.
Oh boy, it was my fault. And then some. I was so lucky I happened on the scene when I did. Otherwise I would be explaining a livid, semi-permanent, red mark to two sets of parents. That would be a very ugly conversation, indeed.
That night, situation defused, I read to my wife The Last Unicorn. I started where the trouble and the magic began:
“Molly smoothed the strange hair, and Schmendrick noticed on the forehead, above and between the closed eyes, a small, raised mark, darker than the rest of the skin. It was neither a scar nor a bruise. It looked like a flower.”
I can’t think of any other words that would be so perfect.

Posted by Phil Viverito at 9:44 PM No comments:

If you are interested, I have a small D&D book called Zero to Hero: Uncommon Commoners. Priced at pay what you want, every download no matter the price, supports me as an author.

Alternatively, you can support me by via Paypal.me. This fund goes to defray the costs of web hosting and new equipment costs. You can also buy me a coffee at Ko-fi.